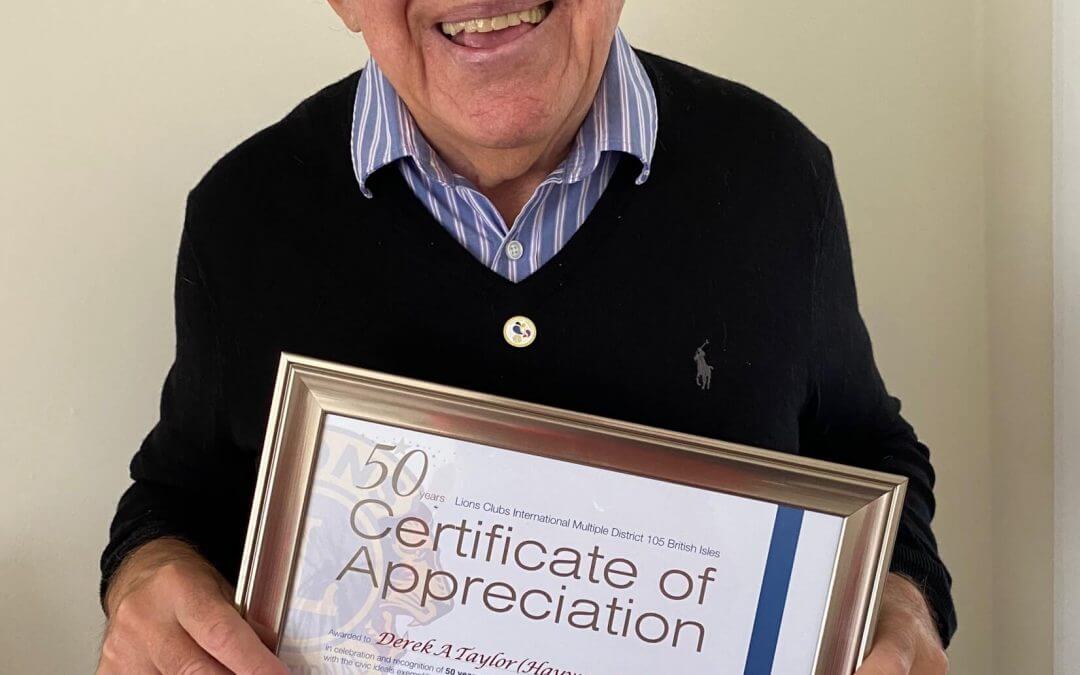 During October, a very special presentation was made to a member of Haywards Heath and District Lions Club. Derek Taylor, of Lindfield recently celebrated 50 years membership and service of Lions Club International.

Derek is a member of the local Hayward’s Heath and District Lions Club and to commemorate the occasion he received a certificate of 50 years appreciation, signed by Sophie, Countess of Wessex who is patron of the Lions Clubs of the British Isles.

He also received a letter of congratulations and a 50 year chevron from Dr Jitsuhie Yamack, International President of Lions Clubs International, based in the USA.

Over the years, Derek has served in many capacities in his local club including that of President in 1979 and Chairman of Service and Finance Committee’s over the years.

Derek is also a recipient of the Melvin Jones Award for dedicated humanitarian services. (Melvin Jones established Lions Clubs International in Chicago in 1917.)

Derek thoroughly recommends joining the local Lions Club where, he comments “you make life-long friends whilst also serving the community”, something he is very proud of doing during his 50 years as a Lion.