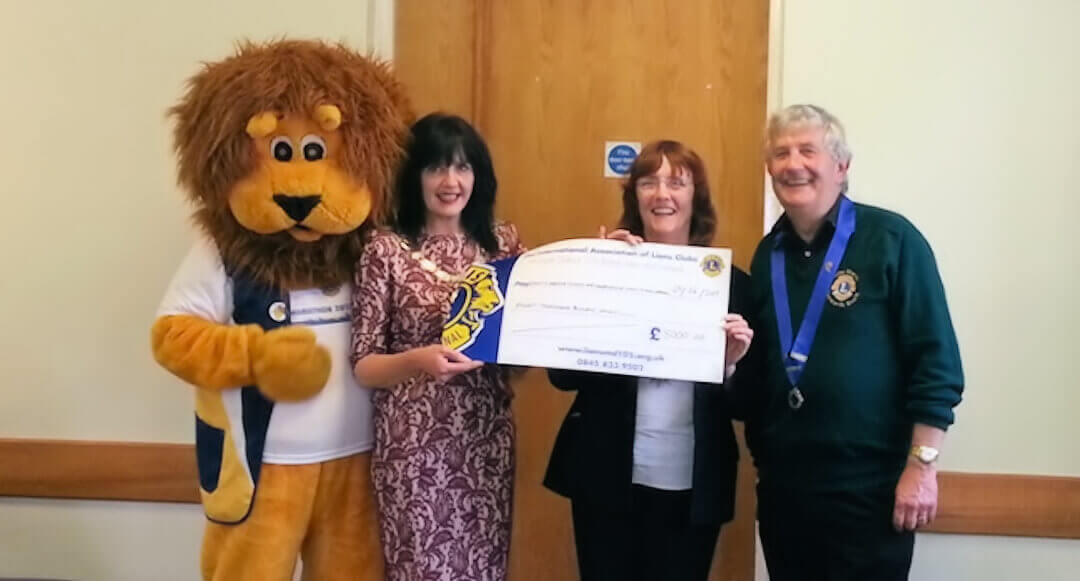 The Lions Club of Haywards Heath held their Swimarathon Presentation evening at Haywards Heath Town Hall on the 25th June where a cheque for £8000 was presented to Bridget Pepper, Head of Charity Operations for the Kent Surrey and Sussex Air Ambulance by Lion President Colin Marsh and Mayor Sandy Ellis. The donation will go towards funding the Night Flying Appeal, supported by the Lions of Kent Surrey and Sussex.

Haywards Heath Lions would like to thank all who took part in the event in raising such a tremendous amount of money in support of the Appeal.

A recent news release from the Lions had this to say about the Appeal:

Another major step in the introduction of night flying operations later this summer will come closer at Redhill Aerodrome on Saturday 20th July when the Lions Clubs in the south-east will make a presentation of the essential flight crew night flying helmets and goggles to the Kent Surrey & Sussex Air Ambulance. These will help towards the preparation for 24 hour operations with the newer version of the MD902 Explorer aircraft which has now arrived at Redhill. Lions Clubs across Kent, Surrey and Sussex have already raised £150,000 towards the target of the Lions Clubs District Appeal of £250,000. This funding has been raised in only 16 months through a range of special fund-raising events, including Swimarathons, Easter egg events and Club donations. With further funding to follow, the Lions Clubs Appeal will enable the necessary further specialist equipment and facilities to be provided in the near future leading to the introduction of the first 24 hour two-pilot air ambulance operations to respond to major trauma incidents in the British Isles.

We use cookies to ensure that we give you the best experience on our website. If you continue to use this site we will assume that you are happy with it.Accept & Close